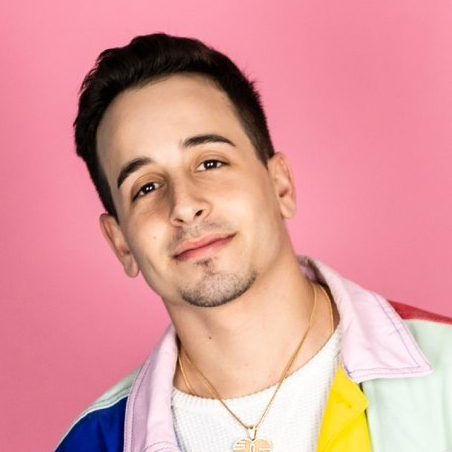 Guy Amir aka Guy Groove is a Los Angeles based Choreographer, Dancer, Teacher and Creative Director.  After receiving his BFA from the University of Arizona in 2012, Guy moved to Los Angeles to further his career in dance. Since moving to LA, Guy has had a lot of great opportunities to work with top choreographers as well as appear on a variety of TV shows and Commercials. He can be seen as a featured dancer in the TV shows THE MIDDLE, THE GOLDBERGS, and CRAZY EX GIRLFRIEND.

Guy is know for working with Nickelodeon’s JoJo Siwa working on Kids Choice Awards, Slime Fest, Halo Awards, Live with Kelly and Ryan, and many more major performances. Guy also appeared in Lifetime TV’s show Dance Moms Season 6, 7, 8 where he choreographed multiple performances, most notably “Boss Ladies”. Guy’s dance class has a cult-like following, and he is a sought-out teacher all over the world. He teaches at the top dance studios in Los Angeles including Millennium Dance Complex, Playground LA, and Abby Lee Dance Company.

Guy has also amassed a large following on YouTube and Instagram for his viral dance videos! Guy loves that he can reach people all over the world through dance and feels so blessed to be able to share what he loves with so many people!