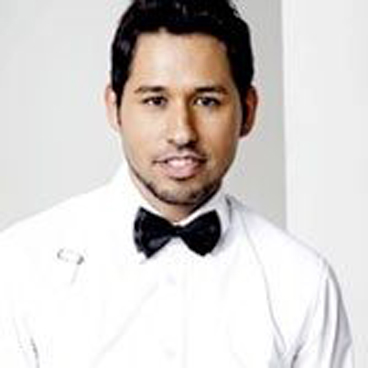 Nick Florez has performed and choreographed for world tours such as Katy Perry, the Spice Girls, Ricky Martin, and Celine Dion. He has also choreographed for many television networks including ABC, NBC, FOX, and CBS for TV shows including Dancing With The Stars, American Idol, the Grammy’s, MTV Awards, and Saturday Night Live. Nick also co-created and choreographed a dance workout series for Adidas 2012 along with commercials for Coke, Pepsi, and Cee Lo Green. He has danced with many renowned artists such as Will Smith, Queen Latiffah, Britney Spears, and Madonna. Nick has received many awards from “Favorite Choreography in a TV Performance” (American Music Awards) to “Best Live Television Performance” (Dancing with the Stars) to “Outstanding Choreography in a Television Award Show/Special” for his work in Disneyland’s 60th  Anniversary Special on ABC, featuring Dick Van Dyke and Derek Hough in a re-imagined “Step-in-Time”!  Nick continues to expand his vision and direction, choreography, and performance through film, music videos, Broadway, television, and world tours.