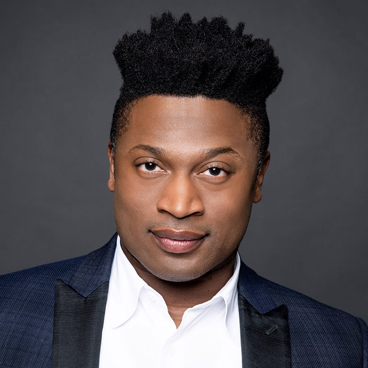 Kevin studied a wide range of dance including hip-hop, contemporary, tap, jazz, ballet with some of the most influential teachers and choreographers from around the world. This led him to further his education at Oklahoma City University where he recently received the Distinguished Alumni award for extraordinary contributions in the entertainment industry. Giving back to the community is a huge objective for Kevin and Marcel Wilson, as was recognized when they were just inducted into the RPS Hall of Fame.
Kevin has performed with artists such as Cher, Janet Jackson, Britney Spears, Christina Aguilera, Madonna, and Beyonce.
Kevin’s unique choreographic style can be seen on artists such as Cher, Wayne Brady, Gloria Trevi, Toni Braxton, Donny Osmond, and Paulina Rubio. Kevin has also choreographed shows for Ringling Brothers & Barnum and Bailey’s Circus such as “Dragons,” “Built to Amaze,” “Legends,” and most recently their innovative and technological show, where circus meets ice, “Out of This World.” He received a World Choreography Award for Outstanding Choreography in a concert for the top-grossing world tour, Cher: “Dressed to Kill.” After completing choreography for Royal Caribbean’s Quantum of the Seas hit show “Sequin & Feathers,” they have set other shows such as “Live, Love, Legs, and 3”for the Royal Caribbean Cruise Lines. Kevin’s work can also be seen in Broadway shows such as “Finding Neverland” and “The Radio City Rockettes Spring Spectacular Show.” as assistant Choreographer to Mia Michaels. Kevin is no stranger to television, contributing choreography for shows such as “So You Think you Can Dance” “The Voice”, “America’s Got Talent”,“Dancing With The Stars”, and most recently has been a choreographer on the hit FoX show “The Masked Singer” seasons 1, 2, and 3. Keep an eye out for his work with Mia Michaels on the highly anticipated animated films, “Sponge Bob movie: On the run”, Paramount Studios “Rumble”, and the newly released “Feel the Beat” starring Sofia Carson.
Kevin and his brother, Marcel, make up the dynamic creative team internationally known as “Mr. Wilson Entertainment.”