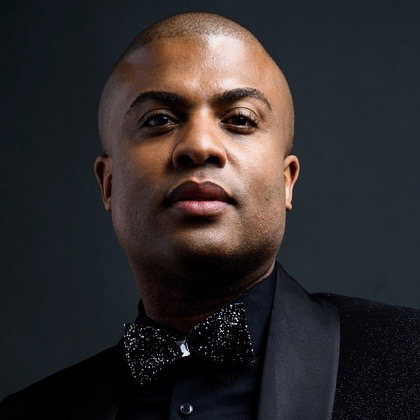 Marcel Wilson has studied a wide range of dance and movement including hip-hop, contemporary, tap, jazz, and ballet with some of the most influential teachers and choreographers from around the world.
This led him to further his education at Oklahoma City University where he graduated with a Bachelor Degree in Dance Performance. Since his graduation, OCU presented him with a Distinguished Alumni award for his extraordinary contributions in the entertainment industry. Marcel has performed with artists such as Janet Jackson, Christina Aguilera, Cher and Beyonce.

Now living in Las Vegas, his unique choreographic style can be seen in Christina Aguilera’s Xperience Residency show at Planet Hollywood Resort & Casino. Recently he choreographed “Glow” a Christmas show, seen by thousands, at Fashion Show Mall on the Vegas strip. Marcel has choreographed for artists such as, Wayne Brady, Gloria Trevi, Toni Braxton, Donny Osmond, Paulina Rubio and Cher and is no stranger to television, contributing choreography for shows such as “The Voice”, “America’s Got Talent”, and “Dancing with The Stars.” His choreography has traveled the seas with “Sequin & Feathers,” “Live, Love, Legs, and Three” for the Royal Caribbean Cruise Lines. Marcel
received a World Choreography Award for Outstanding Choreography in a concert for the top-grossing world tour, Cher: “Dressed to Kill and has recently worked with UK’s X-Factor as Associate Creative Director expanding his horizons in the industry. Marcel and his brother, Kevin, make up the dynamic creative team internationally known as “Mr. Wilson Entertainment.”